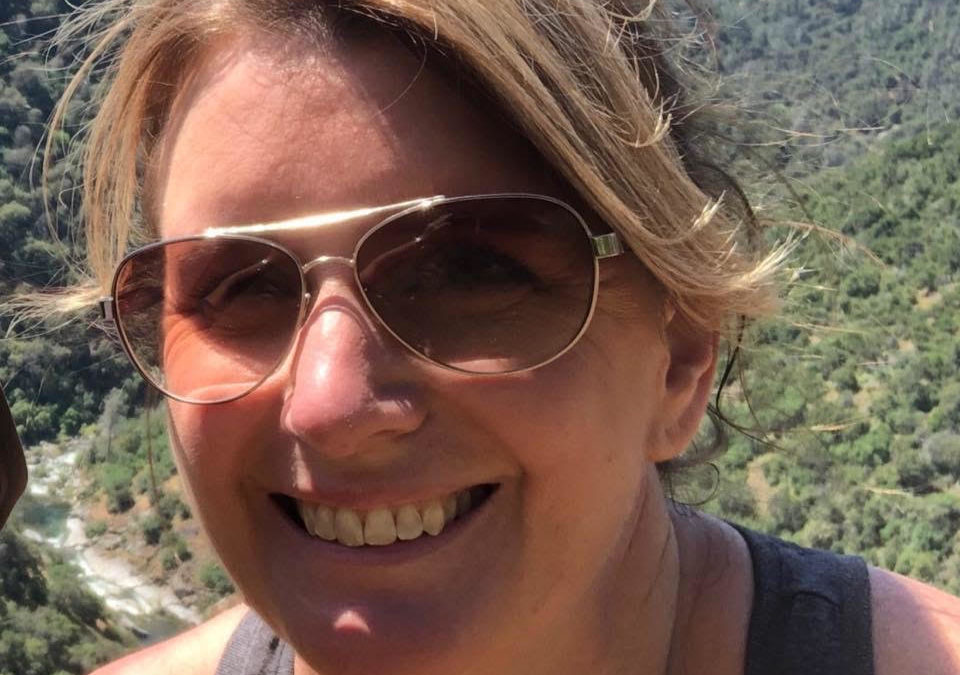 “The E word”. Exercise or exorcise – both were demonic concepts to me.  My fourteen year old self had a love/hate relationship with physical activity.  Oh, who am I kidding? It was all hate, all the time. Blessed with genes I didn’t deserve, the pursuit of fitness was NOT a priority.

Several years (ok, decades) and children later, it became apparent that the grace of my ancestors was not going to carry me through middle age with the forgiveness that was shown in my youth.  I must lose that weight and uncover the 20 year old body that is surely hiding under a layer of baby weight and ice cream. Along came the dreadmill, the exercise videos and fad diets. Off went the weight and back it came faster than you could say Ben & Jerry’s.  Discouraging to say the least and the “why do I even try” mentality set in.

Fast forward a few more years.. the babies are now teenagers and making their own decisions.  Where I relished in being “skinny”, my daughters, Rikki and Lexi, were as affronted by that descriptor as a curvy girl would be if you told her she “had a nice face”.  Their solution: muscle. The search for a safe, supportive, healthy facility led us all to Sierra Flow.

Music has always motivated me and hitting things with sticks sounded really therapeutic, so I figured the Pound Fitness class was the best place for me to start.  My first class was a great abdominal workout; I’ve never laughed so hard at my own ineptitude in my life! A giraffe in high heels had more coordination than I did.  When I couldn’t stand up or sit down for 2 days, I deemed it a successful outing and went back for more. I mean, who could resist Susie with her ever present, 200 squats in smile and boundless energy?

Working out soon became a much anticipated mother-daughters activity.  As the complexities of Pound moved into muscle memory, the challenge of different classes was accepted. It was a very pleasant surprise that, after a few months, instead of feeling like a “mom” (i.e. older and slower), we were challenging each other.  I’m not gonna lie, they can still out lift, out jump and out squat me, but they make me feel like I’ve got a chance.

Aside from the favorable changes happening in my body, I began to notice other benefits as well.  Can you say “endorphins”? They are real and they are fabulous!! As much as I whine and complain (and swear) my way through a tough class, I’m always suspiciously happy when I’m done.  Who knew THAT could be a side effect of muscle fatigue and dripping copious amounts of sweat?

Never having been someone that likes people overmuch, I was greatly surprised by this final, most important advantage discovered from my newfound appreciation of exertion:  My FitFam. Not just my daughters (although they are awesome), but all of the people that I’ve met through Sierra Flow. There is no sense of judgement, just encouragement. Pushing each other to be the best that we can in the physical (and mental) place that we are in.  I am so immensely grateful to be a part of this family.

So I guess my 14 year old self did not, in fact, know everything.  Notable lessons are as follows:

Thanks for reading my ramblings.  Now, go work out!